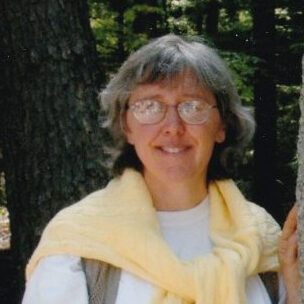 Rebecca Taniguchi on the Writing and Teaching of Hiro’s War

“Not only do you feel that you are walking with Hiro into war and learning how he earned his stripes and purple hearts, but you will also be a witness to history through the lens of the Japanese American experience stateside. Taniguchi thoughtfully brings each character to life revealing their foibles, strengths and weaknesses. Through her painstaking research Taniguchi methodically documents and details the seminal moments of the U.S. involvement in WWII and the valiant efforts of Japanese Americans fighting for the U.S. More than historical fiction, this book should be required reading in high school so that succeeding generations are not doomed to repeat the past. Hiro’s War will grab and suck you in and you will want to know what is going to happen next to Hiro and his buddies. A real page turner!”

I grew up by the waters of Narragansett Bay in Newport, Rhode Island, and began my career as an English teacher at the Dwight-Englewood School in New Jersey. Although I went on to serve as a writer and editor at major corporations in New York and Chicago, I never lost my interest in education. I dedicate this website to all students of literature and history, including adult readers who are eager to explore and discuss and to teachers who can use Hiro’s War to impart lessons of fact and lessons of the heart.

Evolution of a Novel

After I married a sansei (third-generation Japanese American) from Hawaii, I was regaled at family dinners with stories about the fabled 100th/442nd and MIS, in which three of my husband’s nisei uncles served. I had long yearned to stretch my wings and try my hand at a novel, but I didn’t make the connection between my wish and my topic until I read about Honor By Fire in my Brown Alumni Monthly. Once in my hands, the book captivated me. Author Lyn Crost, wartime correspondent who covered the 100th/442nd for the Honolulu Star-Bulletin, presented an exciting history of the outfit, and I became particularly fascinated by her depiction of General Dahlquist, whose ineptitude cost needless lives in the Vosges.

That fascination led to my taking a tour of nisei battlefields in Italy and France, where I met the man who would become my novel’s Toshio Ando, as well as a member of the ill-fated ration detail that would change Hiro’s life. Realizing that my topic had fallen in my lap, I spent the next several years researching and interviewing veterans and family members connected with the saga. My life in St. Charles, Illinois, where we have lived since 2008, has focused on completing my research and ushering it into historical fiction. After writing many versions and finding the right voice, I brought the work to completion.

“The narrative, even as a novel, is quite comparable in description to many non-fiction accounts of WWII battles and campaigns written by military historians. It is evident that the author has done significant research on the subject, including having visited actual battlefields in France with veteran 100th Battalion/442nd RCT members in order to verify the environment the nisei soldiers fought in and experienced. This book is a testament to the undeniable character, courage, valor and patriotism of the Japanese American soldier of WWII.”

The novel is readily accessible not only to adults, but also high school juniors and seniors. Study can be easily integrated into club discussions and into literature, history, and social sciences curricula. Here are just a few ideas to begin.

The U.S. internment of Japanese Americans and their parents is arguably the most shameful violation of civil liberties in American history. Lesson plans can include a look at the anti-Oriental laws on the books prior to the attack on Pearl Harbor; the government’s panicked, racist response to the attack; the civil rights violated as Japanese Americans were torn from their homes and thrown into concentration camps without having done anything wrong; the path of resistance chosen by some to test the legality of the internment and overthrow Executive Order 9066; and the hidden evidence that there was no Japanese problem in the United States. Comparison with the recent incarceration of immigrants should test critical thinking. See the “The Camps” page that follows for links to resources.

The motif is used in Hiro’s War to follow Hiroshi’s transformation through a long span of years, from his coming of age as he suffers the indignity of the camps and fights to become a highly decorated leader of men through his end-of-life search for justice and peace. The phases of the classic motif can be studied and applied to the novel. Hiro is forced to leave the world he knows not only by the death of his parents, but by the government’s racist incarceration, and he struggles to find true love as he grapples with the call to volunteer to serve the country that imprisoned him. Once in uniform, he meets Ando’s teacher, the mentor who helps the men cross the threshold to journey to war. Hiro’s tests and battles are many, and he enters the innermost cave of the Vosges, where his greatest ordeal begins. His road back is long as he faces further racism at home and then the red tape surrounding his court-martial, and his resurrection is realized only as he lies dying. The elixir of forgiveness and compassion, integrity and justice brings final peace, giving the reader hope that these qualities can prevail on a personal and national scale.

Teaching Point: The Power of Words

Government euphemisms ran rampant to hide the truth of what the United States did to innocent Japanese Americans and their families after the attack on Pearl Harbor. A discussion of such terms as “evacuation,” “assembly center,” “Camp Harmony,” and “relocation camp” can help students develop critical thinking as they learn how words influence our perceptions of reality. Doesn’t the word “evacuation” imply taking people from a dangerous situation into safety? What the heck does “assembly center” mean?

Central to this discussion should be the word “internment” itself, perhaps the greatest and most long-lasting affront to the truth. By definition, “internment” specifically refers to the incarceration of enemy aliens during war. On top of that, the word is often accompanied by the adjective “Japanese,” as in “the ten Japanese internment camps,” so wrong on so many fronts! The term is still so common that I was forced to use it just so Amazon readers could find my book in their searches!

But here is the truth. Only immigrant issei parents, never given the chance to become citizens, could legally be considered enemy aliens after war was declared, and the majority of prisoners in the camps were their children, innocent Japanese American citizens, torn from their homes, their civil rights trampled.

Challenge students to come up with better terms that expose the reality of the situation. Consider that some scholars believe that the term “U.S. concentration camp” is the most accurate term, because it defines the harsh confinement of members of a group the government has designated as undesirable. But “concentration camp” also carries the stench of the Nazi death camps. What alternatives can students think of?

I chose to write historical fiction to allow my characters to grow larger than the lives they are based on, to embrace the timeless truths they embody. Historical fiction not only allows readers a look at the facts of a situation but involves them in the emotional complexities and evolution of the story’s characters, to smell the smells and feel the fears and frustrations and triumphs. Historical fiction does not try to provide all the facts or answers as it tells its story, but asks readers to go on to explore matters that have touched them deeply or piqued their curiosity.

That said, to help students of all ages in learning the history that imbues the pages of Hiro’s War, I follow this author page with three pages of “Links to Learning,” a partial list of resources and lesson plans about the internment, nisei military service and conscience, and the seeking of justice and reparations.

I make a special nod to the efforts of the American Asians Advancing Justice advancingjustice-aajc.org, the Asian American Education Program asianamericanedu.org, the Asian American Foundation taaf.org, and Stanford University’s Program on International and Cross-Cultural Education spice.fsi.stanford.edu – together, partners whose teaching efforts embrace the history of all Asian races in our society and stand together against all hatred. Their evolving teaching efforts include a book of twelve thematic units and forty-eight lessons plans (Untold Civil Rights Stories) and the five-part PBS series, Asian Americans, and I hope will expand to include other sources of learning. asianamericanedu.org. Under the aegis of this partnership, an exciting new effort is under way in our Illinois schools, first in the nation to mandate education in Asian American studies.

Spoiler Alert: The Story Behind the Story

Part of any discussion about historical fiction might consider the “real” story behind a novel, sometimes for students simply to appreciate the link between their own world and that of the past or to better understand the author’s purpose in telling the story at the time written. As I explained in my novel’s acknowledgments, I did not want to divert readers’ attention from the story’s timeless truths, internal tensions, and complex emotions with guesses as to what “real” person is behind each character or what action did or did not “really” happen. Hence, as clear as I was in calling out by name family and friends who had helped in my research, I did not pinpoint the identity of anyone behind the main characters.

As news of publication spread, however, a few applauded the novel as a retelling of a story they knew first hand or desired acknowledgment of the link between historical and fictional people. While hoping not to spoil the book-reading experience, I will therefore close this web page by noting that the overall storyline is based on the lives of S/Sgt. Shiro “Kash” Kashino and his wife, Louise; their interactions with Kash’s lieutenant, Sadaichi Kubota; and the work of Kubota, U. S. Senator Daniel Inouye, U.S. Representative Patsy Mink, and 442nd veteran William Y. Thompson, at the helm at various times in seeking justice for Kashino.

Please do not let these words dull the point of the novel, which brings to fresh, dramatic life the tensions, frustrations, and triumphs within this shameful part of American history. As with other works of historical fiction, the thoughts and actions of all characters, including the roster of comrades that populate the novel, are vividly imagined and presented, and readers learn with their hearts and minds as they themselves deliberate with the characters, feel their hopes and fears, and identify with similar circumstances in their own lives and times. In the end, Hiro’s War celebrates how honest and direct communication, true compassion, moral courage, and integrity can defeat the forces of over-weening self-interest, manipulation, bigotry, and exclusion on a personal and national scale. But the road is hard, and we can never let our guard down, on any front.

The Kashino saga has received passionate treatment in a variety of media, including Vincent Matsudaira’s documentary DVD, Kash: The Legend and Legacy of Shiro Kashino, and Lawrence Matsuda’s and Matt Sasaki’s graphic novel, An American Hero: Shiro Kashino, which came to animated life in a video by Shannon Gee and Randy Eng. I am proud to add Hiro’s War to these efforts.

Soon after the fight for justice concluded, Densho.org interviewed the three people most involved in the final stages of that battle. I had the privilege of knowing them all and encourage you to hear what they had to say.

Watch the Interview at Densho.org 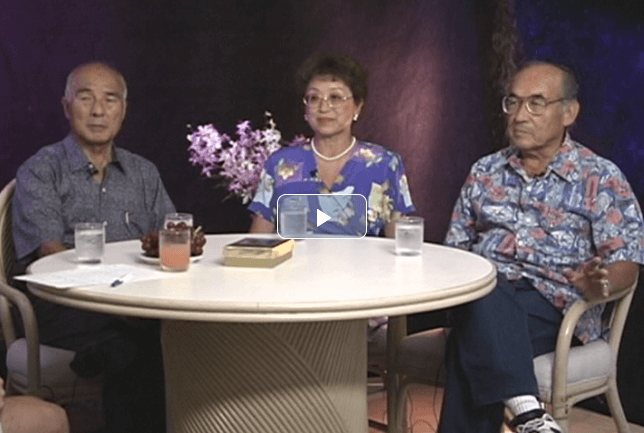 And here, finally, is the full photo of me at the 442nd monument in the Helladraye Forest of the Vosges mountains. I was honored to remember the nisei soldiers with Lieutenant Sadaichi Kubota during our veterans’ battlefield tour. 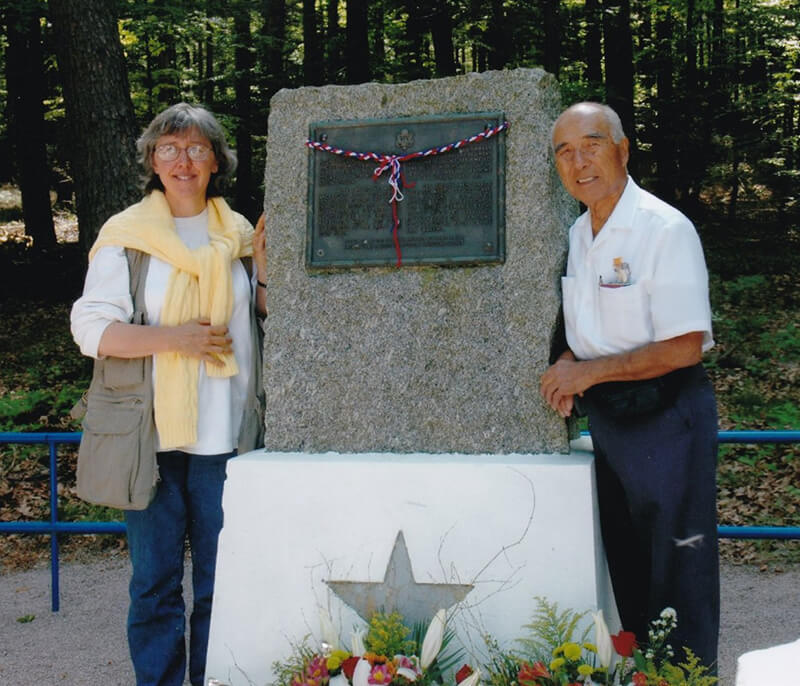